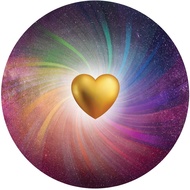 Visionary Spirit
Spirituality/Belief
Break the shackles that bind you, unleash your full potential!
Interested? Want to learn more about the community?

It's a huge day today, and my goodness, am I feeling the energies of it! What about you? 🌑

It's both a New Moon in the sign of Sagittarius and a Total Solar Eclipse. The eclipse is only visible in certain parts of South America, but we'll be feeling the effects of it wherever we are in the world!

We know from study with Almine that astrology (and the zodiac) is a product of the cosmic matrix, created by the very distorted being Enki (a reptilian), and therefore ultimately irrelevant, but the energies of specific transits do still seem to have an influence on the planet at present at least within the human reality, and so I'm going to include a little bit of information on that in this post pertaining to the New Moon influence. To be taken with a pinch of salt, within the larger context of an eternal journey beyond the cosmic grid, in the knowing that you are not bound by any of this 😉

New Moons generally are always associated with new beginnings, whereas eclipses are associated with changes that will have far-reaching impacts in our lives for years to come - usually grand sweeping shifts, and often powerful revelations of things that have been hidden previously, for the purpose of unveiling what can come next when the “unseen” is brought in the full light of day once again as the eclipse of the sun wanes.

Sagittarius is known as the “truth teller” of the zodiac, and it cares not for the consequences of lies being uncovered, only that the truth is revealed at all costs. These can be little lies (such as the lies we tell ourselves about our own capacity, or general forms of self-dishonesty), and the big lies that have huge implications for life on Earth. I suspect that some larger revelation around the “giant lie” unfolding in human society presently is imminent. It could manifest as many more people suddenly catching on to the deception, which would be a great result!

The shifts that we make today are paving the way for 2021 and beyond for us, and dedicating a bit of time somewhere throughout your day for some focused ritual around this (suggestions below) is a really good idea.

This New Moon, as mentioned, is in the big bold sign of Sag (my rising sign), who is known for capacity to forge forward unrelentingly with even the most audacious projects called forth by passion and inspiration, in the spirit of adventurous discovery. This energy doesn’t know the “what if” of doubts and fears, it only knows the “what if” of possibilities, as in “what if we try this?”

"What can possibly GO RIGHT if we take the chance of pushing the boundaries of current reality, and dive bravely into the pursuit of our greater dreams?”

That’s the energy this new moon brings, and we can certainly tap into that and let that current of energetic opportunity move through us. It’s a time for bravely articulating the next steps of visions, inspirations and projects of every variety that have been incubating for a while, this is the prime moment to just go for it - don’t think about it to much, just take the step and see what happens. The “what if” is going to be a whole lot better than hanging back in the shadows, that much is guaranteed. What steps, even small steps, can you take TODAY to lay the foundation of the bigger and greater dreams that call you from your heart of hearts, in a more solidified way?

Inspired impulses striking you out of nowhere? Don't question, run with them! Just do it!
We don't need to know where things will lead, only to follow the very next step.

Discard the opinions of others (though carefully consider your impact on others, but not in a way that you allow to hold you back), and just take a shot. Those great big dreams are in reach right now, we have a tremendous opportunity to reach out and harness them. But we must be willing to step up. If you need some moral support with this, jump in the comments and let’s hash it out together!

This New Moon / Solar Eclipse combo has an interesting vibe to it where it is both a power boost and a huge nudge ahead to the future, and simultaneously a likely revelation of what’s been holding us back, which may bring significant release opportunities. These two don’t need to conflict with each other if we embrace the process with immense gratitude for the realisation that even the revelation of stuff that we might not have wanted to see is life’s gift to set us free. Be brave now dear ones, we’ve got this!

More broadly, the window that we just entered over the last few days is the big build-up to the Solstice event (21/12) that is going to change all of life forever. We are in a heightened space of profound opportunity, and our dedicated practice of choosing to cultivate the highest perspective, the most pure attitudes, and fullest possible alignment with Infinite intent in our own lives is contributing in ways far beyond what we might imagine to a graceful unfolding for all beings! This is the way.

From Almine regarding December 21st:

“The night of a holy event on Earth. The ascent of light yields to the ascent of frequency. The birth of the time of magic.”

And from another Source (links in comments):

“For the first time in nearly 800 years, Jupiter and Saturn will align in the winter solstice sky to become what is known as the "Christmas Star" on Dec. 21.
The last time this rare celestial event, called the "great conjunction," was observable was March 4, 1226.

The conjunction will create a brilliant point of light called the "Christmas Star" or "Star of Bethlehem," capping 2020 off with a celestial Christmas.”

This “window of time” is expansive to the max whether we consciously utilise the opportunity or not, but of course, the most consciously we do so, the greater the impact for us personally!

🌑 If you have any of Almine’s Fragrance Alchemy oils, applying them with the intention to expand your frequency into the highest possible range available at the moment would be a great option. The High Magic oils or the 5 Elements oils (+ Power of the One) would be a fabulous choice to expand your fields into the sensing of greater opportunities, and Holy Sanctuary will keep you attuned to your own sovereign reality.

🌑 Absolutely any of Almine’s tools would be a wonderful addition to today, but I personally will be doing a Qi Vesta ceremony and some Belvaspata for myself and for life on Earth later today.

🌑 The most basic ritual you can do (other elements optional)… set aside a window of time today to sit down and contemplate on the year gone by, what you want to keep, what has reached its time to be released, and do some journalling and intention setting around the powerful reality that you want to step into going forward, in every area of your life. Then take AT LEAST ONE affirmative action that reflects that choice. 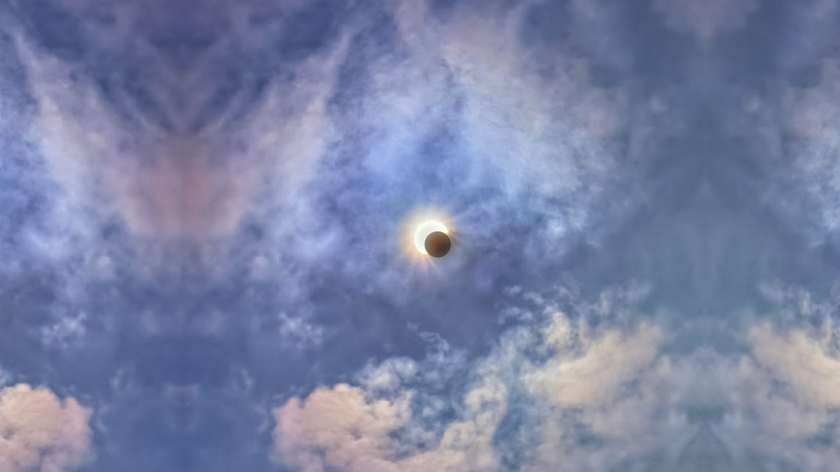 3
View All
5
Reply
Interested? Want to learn more about the community?
Videos
Posts

One of my small daily joys right now! Got this as a much-wanted present for myself before Christmas and it's starting to become a hub of activity. I was a bit worried when it arrived labelled "complete dining station" but so far none of the cats have attempted to dine on its visitors.

Ciara@Ciara
October 07, 2020
If you go down to the woods today - short nature video 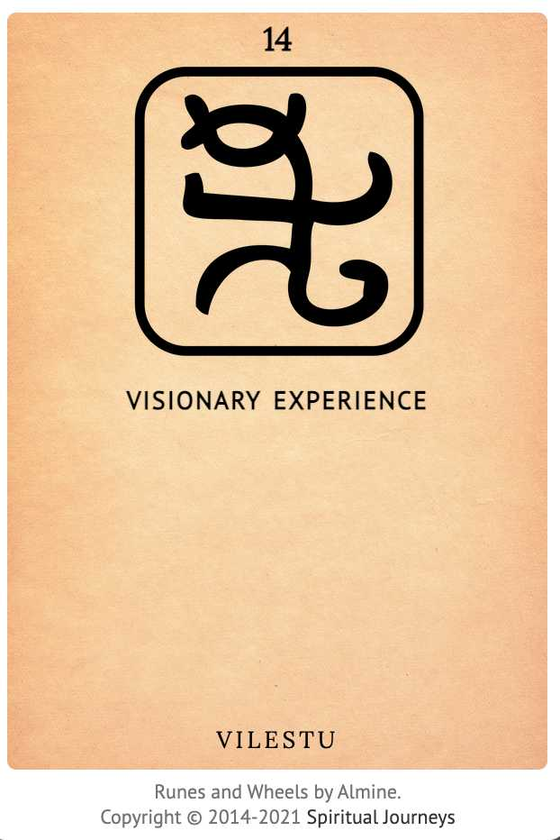 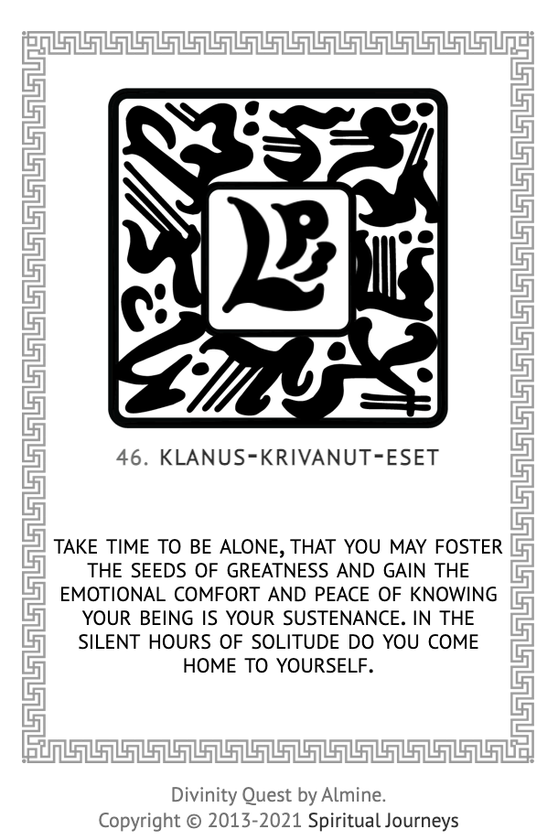 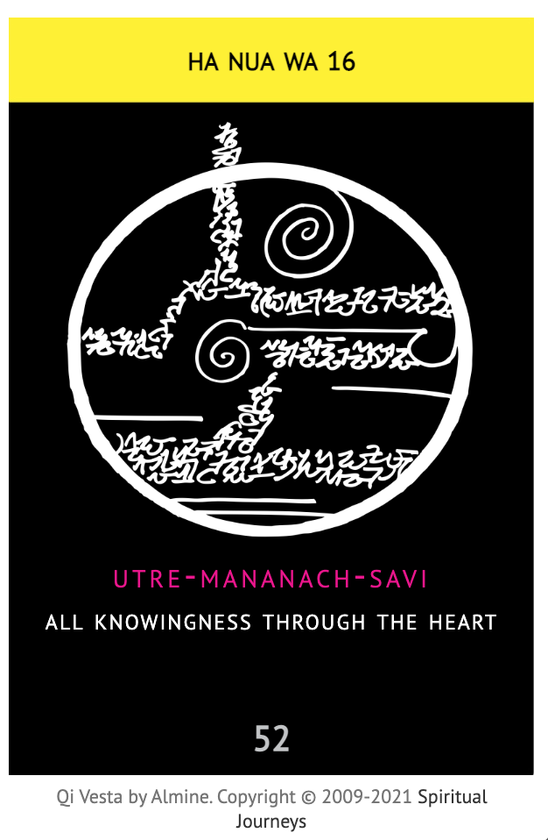 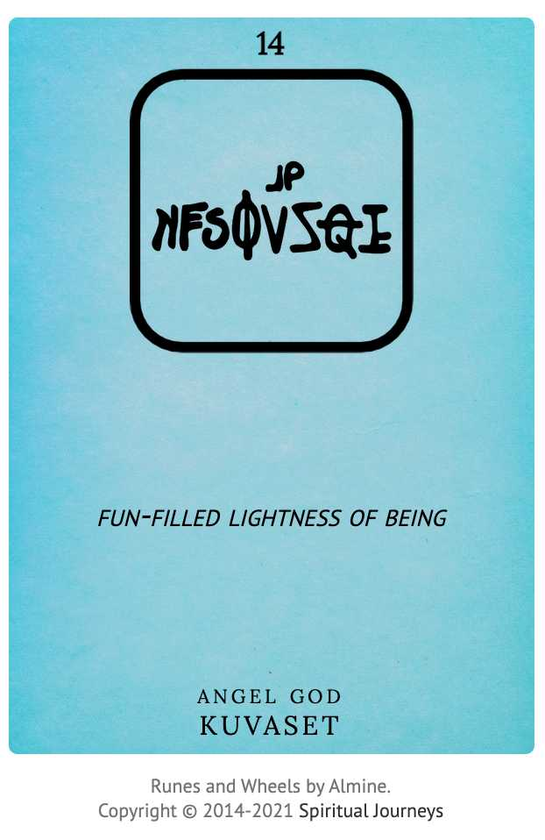 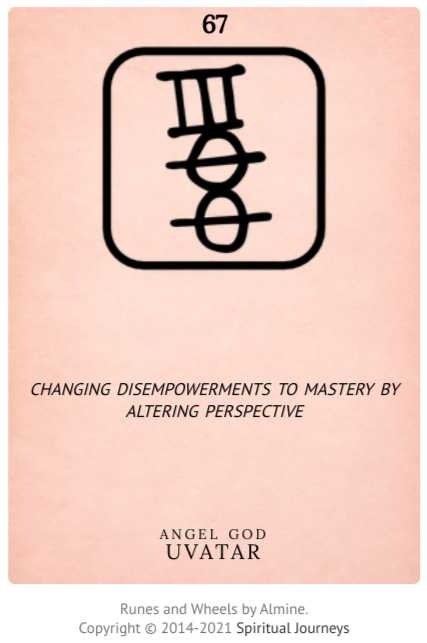 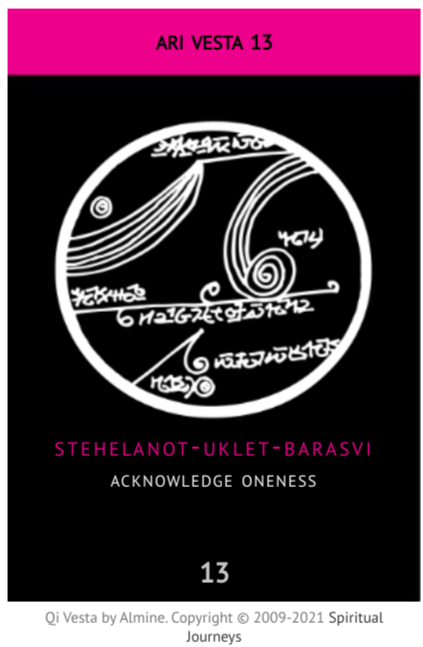 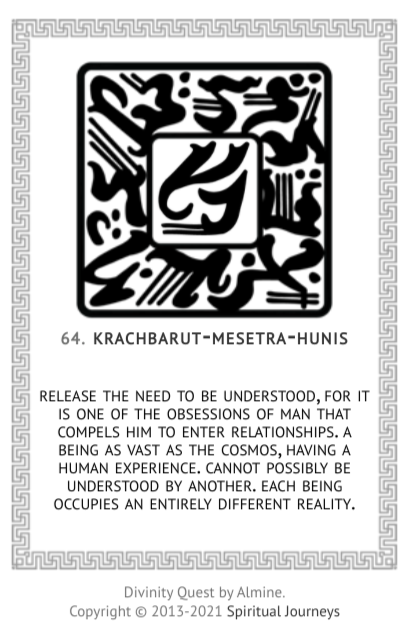 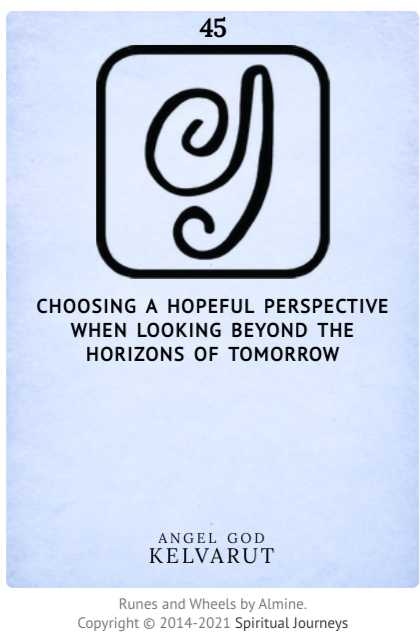 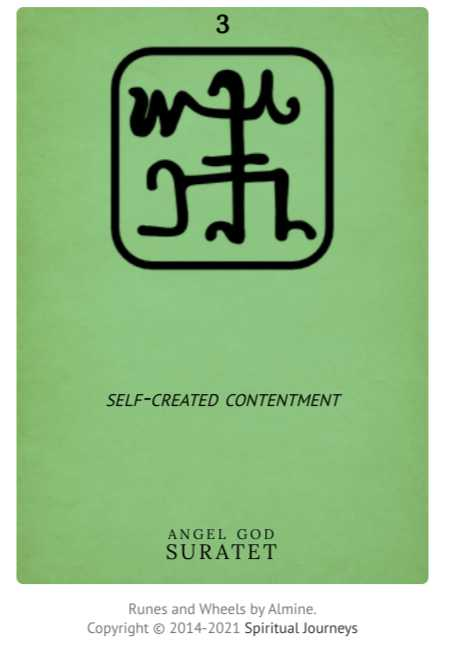 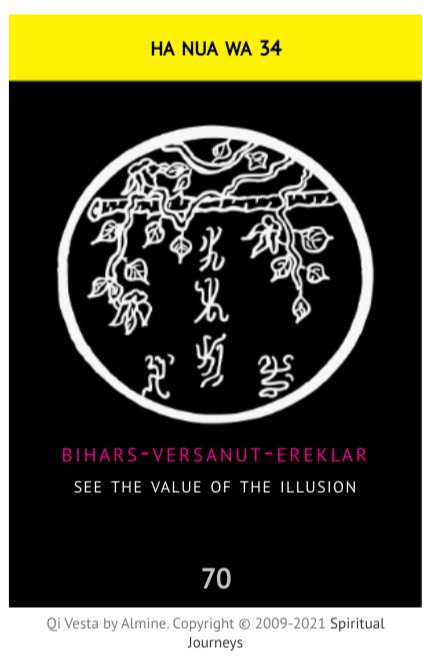 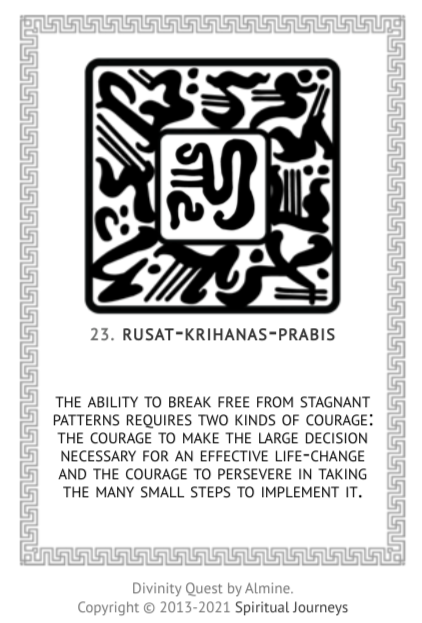 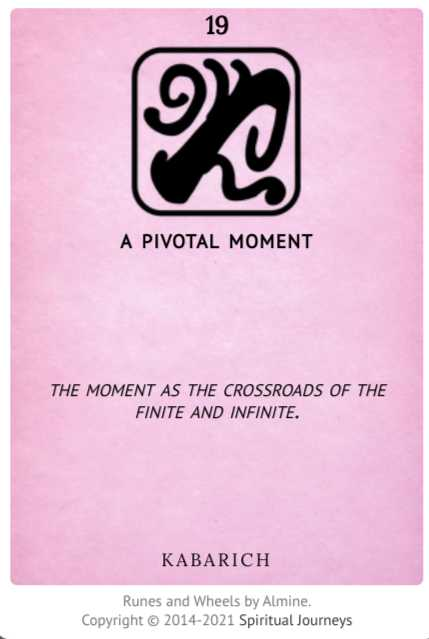 1
View All
1
Reply
Sign Up To Visionary Spirit
Sign Up for free to see more from this community or subscribe to Visionary Spirit for $2/month to support Ciara Blazing for more interaction and exclusive content.
Login Signup
Available Now

First of all, WELCOME! It is such a delight to have you here! I am profoundly honoured that you have chosen to join us on this journey, and deeply excited for you as you embark on the next level of your own divine unfolding. I hope that you feel very welcome here, and lovingly included within our special and intimate community.

At absolutely any time, please know that you are so welcome to share or post absolutely anything you feel to in this space, in any format that you wish - written, video, audio, visual or virtually anything else you can come up with. This includes sharing your own work, projects and what you're up to so we can celebrate and support each other. In fact, we LOVE to see what you're doing and have the opportunity to cheer you on!

Our aim here is to make it easy as possible for everyone to open up and feel welcome to share themselves and their unique beauty, magic and gifts, and to receive the desired support 🙂

On that note, If you have something you need support or ...

5
View All
1
Reply
Don’t have a Locals account yet? SIGN UP
I’m already a member Log in
Please keep this window open while your file is uploading...